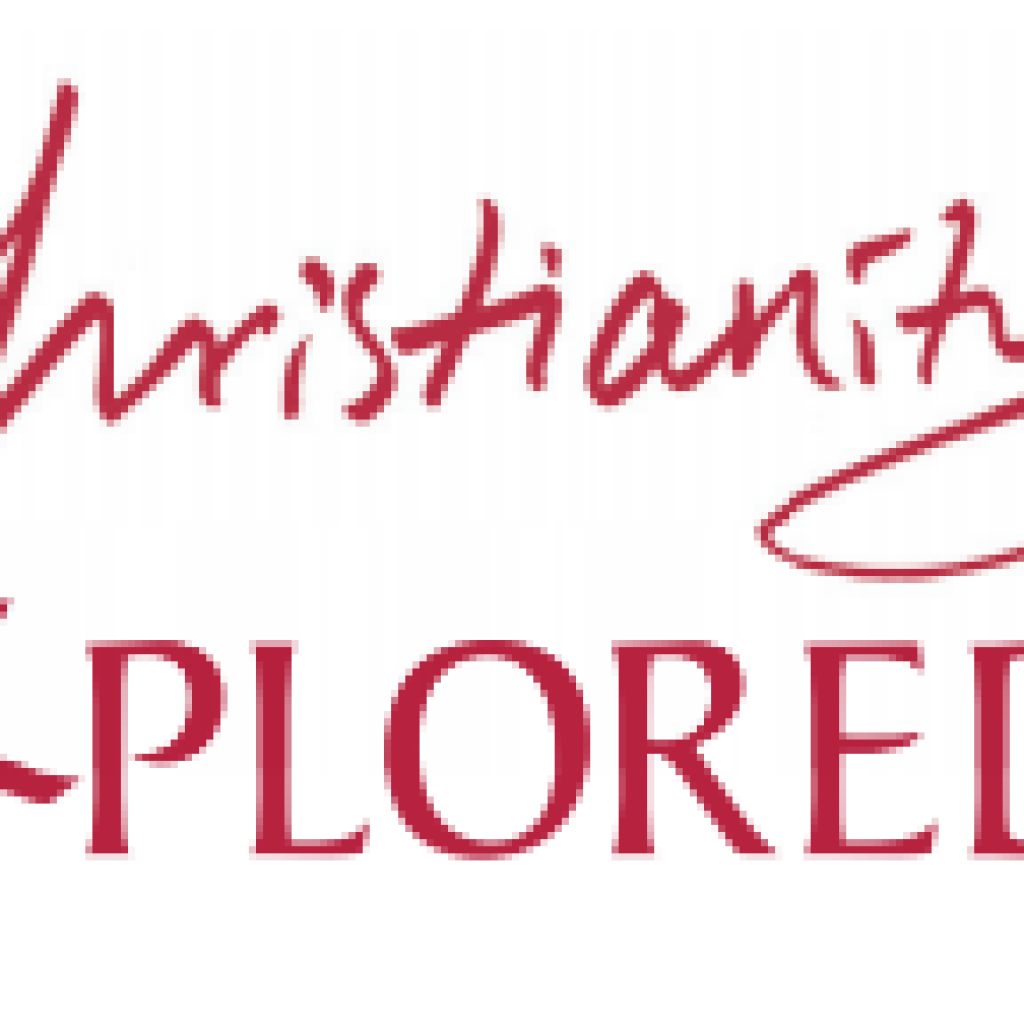 I’m a mum with three children (7,6 and 3) and, like most mums I know, I’m bogged down with the minutiae of life and suffering from constant tiredness. Since having children, my prayer life and quiet times have been whittled down to a minimum, so the thought of evangelism wasn’t high on my agenda: getting though each day without a trip to the doctors or to A&E was! However, this all changed eight months ago when a new friend (not a Christian) of mine began to get interested (or maybe just concerned) about what the Christian School our children attended was teaching them about Jesus. She openly admitted that she was pretty ignorant and didn’t have the answers when her son asked her questions about God and Jesus. I knew this friend of mine would be unlikely to be able to make it to church on a Sunday or to an evening event due to the usual stuff that we are all plagued by – family commitments and husbands working long hours. I began to have a vision to run a Christianity Explored Course primarily aimed at school mums. The idea developed to meet round another mum’s home after the school-run, drink coffee, eat yummy cakes and then to follow this by looking into who Jesus was and why he came. It wasn’t going to be easy, so I knew right from the beginning that I had to hand the idea over to God, as on my own I didn’t have the time and the strength to get it underway. So we prayed as if it all depended on God and got working as if it all depended on us. God was faithful and provided other Christian mums (and a brave dad!) to help, the backing of four local churches and the school, an ideal venue and finances to pay for the resources. With various home groups and prayer groups committing the whole thing to God, in just four months, the idea had become a reality and we had a start date for the course: 17th January.
Inviting people was one of the biggest challenges, but I was amazed at the responses and the conversations that were opened up. Don’t get me wrong: lots of people were not interested at all. Between us we must have personally invited well over 50 mums (about a quarter of the school), and out of that we had 20 positive responses from mums who wanted to come along, though on average at each meeting we had 14 mums. Some mums wanted to do the course, but couldn’t make it on the arranged day, so we’ve also done the course one-to-one with them instead, adapting the material as we’ve gone along. Whilst running the course, we were clearly being attacked by the Opposition: we had terrible weather, ice, fog, traffic jams, neighbouring houses crashed into, sick children and even a power cut just before we were about to show the DVD! However, God is more powerful and graciously overruled.
During the course it was amazing to see the lives of the mums being transformed right in front of our eyes. It was fantastic seeing the expression on a couple of mums’ faces when they understood for the first time what Grace was and that they could receive it! Towards the end of the course, we saw signs of New Life and a real hunger for the gospel, which is now beginning to bear fruit in them. The course also served to unite and encourage the Christian mums who came along, giving us all a greater sense of purpose and God’s purposes for us in our situations. All the mums are now signed up to do the follow-up Discipleship Explored course and we are planning to run another Christianity Explored next year.
As parents of school aged children, we inadvertently share our lives with fellow mums whilst dropping the children off, at the school gate etc. Let us not miss this opportunity to get alongside them, build relationships with them and tell them the great news of Jesus. As Paul would say, ‘Because we loved you so much, we were delighted to share with you not only the gospel of God, but our lives as well’ (1 Thess 2:8). Be bold and go for it: what have you got to lose? Nothing – but someone might gain their life!
If you would like to do something similar, then I would be happy to share any advice I can: contact me through the web contact button-
Jo Edmond, an ordinary mum, Dorset. 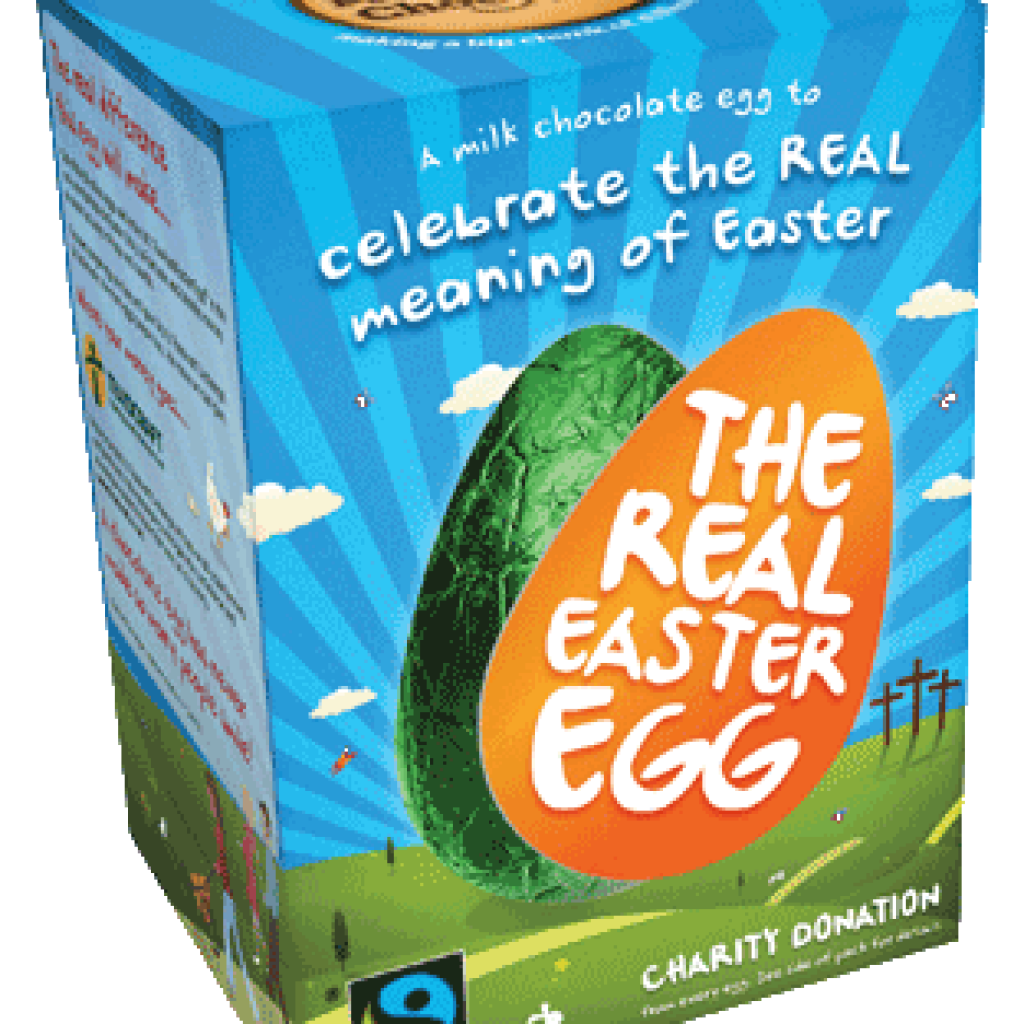 There is some quiet research that says there are people in Britain today who would go to church’if only someone asked them’. We often think of Christmas as a good time to reach out, but Easter is, arguably, a better celebration to share with friends and neighbours. The message of hope, sacrifice and new life with Jesus that should come shining through an Easter service might be more of an eyeopener than the Christmas story that they already know.
So how do you open that conversation? Perhaps pop round with a surprise gift. For the last two years a Fairtrade company have been producing The Real Easter Egg, with a message on the packaging about the first Easter. The chocolate is delicious, you can buy it in most supermarkets and it is an excellent conversation starter.
The Real Easter Egg company has an excellent website with links that tell the Easter story in a conversational way. Be ready when someone asks you the question – What is Easter all about.
www.realeasteregg.co.uk

Christians have always believed that because Jesus lived, died and rose from the dead, the relationship between God and humans has changed for all time. God and human beings can be peacefully at one. But why?

To try to explain this, Christians have developed metaphors – ways of describing what is ultimately undescribable. None of them has been adopted as the sole view of the church. It is something too complex to understand, but they all give glimpses of what Jesus has done for humans:

When Jesus died on the cross, evil (personified as the devil) made its strongest bid to defeat God. But when Jesus rose from the dead, God showed himself victorious over evil. Nothing can now keep humans from his love.

Because God has justice at the heart of his nature, all wrongdoing must be punished. This alienates humans from God. When he died on the cross, Jesus willingly received our punishment instead of us. God’s need to see justice has been satisfied, and now nothing can separate humans from him.

God identifies with humans in their greatest need

Out of his great love, God does what seemed to be impossible. The death of Jesus shows God suffering in the most wretched way imaginable. God and humans are now totally united. They were united in the worst humans can suffer, so they will also be united in the best heaven can offer.

Jesus was a ransom

Jesus was the price paid to the devil in order to liberate human beings from the slavery they were under – slavery to sin.

Jesus was our supreme example

The love of Jesus, freely giving himself on behalf of this needy world, overcame everything negative. It inspires men and women to the kind of transformation that would be impossible without him.

Each attempt to understand how the life of Jesus has changed the relationship between God and humans leads back to a historical fact – a man being put to death in a hideous fashion. This is why the cross has become the central symbol of Christianity.

Buy an egg today and pray about who you could invite to church this Sunday.