Give me the choice between getting all dressed up and hitting the town for a slap up meal and some dancing, or shutting the curtains, lighting some candles and snuggling up in a pair of tartan pyjamas, and I’ll take option two every time. Especially at this time of the year. It’s dark, it’s cold and our evenings are accompanied by my favourite TV shows.

What will I choose? Strictly? You can’t have enough glitter on a cold autumn nigh,t surely? Or maybe the X factor?Who doesn’t love to watch someone’s dream coming true in front of millions of TV viewers and a panel of judges?

Or you could be like my husband who claims to have no part in ‘unreality television’ as he calls it. He does, however, like a good episode of the Apprentice, and if we are on the subject of confessions… we both end up shouting at the TV for almost the entirety of every single minute of the business challenge show. Where do they find these people?

It seems, that while we all had our backs turned, our TVs and our world even, became dominated by these performance approval shows.

The year I went to Bible College, almost 15 years ago, was probably the first time I remember being transfixed by such light entertainment. Why? It was the first time we were introduced to Big Brother. Normal people would perform tasks, live life and eat, sleep and drink together all while being observed by cameras for the pleasure of the viewing public who would judge and vote to either eliminate or keep the contestants in the competition. The last man standing, in the early days at least, took home a hefty financial prize and gained fame in the process.

Then there’s The Voice. Singers perform ‘blind’ and if a judge likes what they hear they turn round in the big red chair. I remember watching an episode last year and thinking, ‘I’m so glad the God of Heaven says I am already good enough BEFORE I do anything…’ Imagine if we had to rock up, do our best performance and then wait for God’s judgement on whether or not we are let loose on the public?

Oh wait, isn’t that what some of us think? Haven’t we let this ‘audition mentality’ slip into how we view our role and purpose in the Kingdom of God? Like, if we just work hard enough, or appear to be the best, we will somehow get a promotion or acknowledgement from the great judge himself? And if we don’t? Well, maybe there’s no place for us? Maybe it’s for someone else to share the good news, or tell of God’s goodness?

Actually, that’s an understandable way to think – even before the days of Simon Cowell – it’s called religion. The keeping of rules, the pursuit of law and the notion that somehow work can earn us merit with God. But that’s not the God we serve, through Christ.

See BEFORE we were even born, God has seen and thought about and considered our days (Psalm 139). That’s BEFORE we ever spoke, worked, began relationships and ‘performed’ in the world we live in. BEFORE.

Then there’s BEFORE, BEFORE. Yep, before you were even conceived… when only God had an image of us, our purpose was being designed (Jeremiah 1:5). That’s before we shouted at the kids, said that thing we wish we could take back and before someone else got the job we were convinced was for us. BEFORE.

Actually the greatest BEFORE of all, is the fact that God was so determined to be part of our lives, giving us LIFE in abundance, forgiveness, acceptance and fulfilment now, not a mention an eternity with Him, that BEFORE we even asked Him for his help he sent Christ to die for us.

Romans 5:8 says: “But God showed His great love for us by sending Christ to die for us WHILE we were still sinners.”

Could there be a more beautiful picture? Unlike the TV shows and reality programming, it is when we are at our very WORST when God demonstrates our value most, in giving up His own son, to buy us back.

And then as if that’s not enough, the God of Heaven calls US to speak on his behalf; to go into all the world and share the good news of Jesus.

Do we need to audition? No.

All we need is faith in Him, that’s the X Factor! 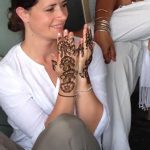 Clothed with blessing, and a new resolveInspiration 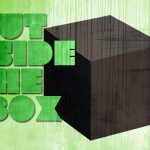 Church- yes, but no. A new blog story…Inspiration