As I’ve been preparing for a weekend away where i’m the guest speaker, on behalf of Activate, I’ve been pondering the story of Elisha and the woman with the jars.

You can read it below:

4 Now the wife of the son of one of the men who tell what will happen in the future cried out to Elisha, “Your servant, my husband, is dead. You know that your servant honored the Lord with fear. But the man to whom he owed money has come to take my two children to make them serve him.” 2 Elisha said to her, “What can I do for you? Tell me, what do you have in the house?” And she said, “Your woman servant has nothing in the house except a jar of oil.” 3 Then he said, “Go around and get jars from all your neighbors. Get empty jars, many of them. 4 Then go in and shut the door behind you and your sons. Pour the oil into all these jars, and set aside each one that is full.” 5 So she went from him and shut the door behind her and her sons. They took the jars to her, and she poured. 6 When the jars were full, she said to her son, “Bring me another jar.” And he said to her, “There is not one jar left.” Then the oil stopped flowing. 7 She came and told the man of God. And he said, “Go and sell the oil and pay what you owe. You and your sons can live on the rest.”

I’m sure it’s a story many of you will have heard before. I certainly had. But another thought struck me. What if she hadn’t been in relationship with her neighbours?

The whole story rests on the fact that in a time of great poverty, so impoverished, in fact, that children could be sold or taken away, a poor woman had to retrieve ‘many’ jars from her neighbours in order for God to miraculously provide for her family.

But what if she hadn’t been in relationship with her neighbours?

There’s no evidence, of course, to say that she was, except the fact she returned home with the jars as requested. I don’t know about you but I’m not in the habit of giving my things away to strangers. My instinct here is that she was part of a community, and knew her neighbours well enough that they would entrust to her one of the few things they owned.

And so my question for us, today, is this: If God’s miraculous provision is something we are praying for, what if the miracle is connected to our neighbours? It’s a serious question. without a meaningful connection to her community, God couldn’t provide for this widow. In this case, the miraculous element only happened when the practical and earthly element had been accomplished. Put yourself in that scenario.

What are you praying for? What is the need you have that only God can fulfil? Could part of the answer be closer than you think?

This story is actually very close to home for me. In the last year I have been really sick. Several hospital stays, lots of surgery, lots of need for help and support. The only snag was that all this happened within six months of us moving to a new community. My family are in Scotland, Nathan’s are in London and apart from our friends from church (only a handful live close to us) when we moved we didn’t know anybody in our neighbourhood.

It was one of our family goals, though, to get to know our neighbours and to become friends with the people God had given us. He answered that prayer – and then some. Within weeks of moving in one of my neighbours had offered us lifts when it was raining and we needed to pick up the kids, and another had made my husband a steel ‘wall anchor’ for his motor bike, and the ones with kids soon became the people we relied on in a difficult season. One set of neighbours regularly gave me lifts when I couldn’t walk, they cooked for my children and looked after them when urgent hospital stays were needed. Another set of neighbours shuttled my sons to football practice and even had them stay over to give us a break. All of that alongside our church cooking meals and doing practical jobs for us. Did God provide for us? Yes, always. Was it miraculous provision that fell from the sky? Nope. It was provision that came from the people living next door.

All this is not to show you that I’ve got it sussed. I don’t, believe me. I have a lot of work to do in order to be friends with the people around me, so that maybe one day, when they have need, I can help them. And maybe another time, when there doesn’t seem to be an answer, maybe then I could introduce them to my God. The one who provides.

Be encouraged today. Maybe your answer is closer than you think.

And if you have been ‘the answer,’ then thank you. You didn’t know it at the time, but you were an answer to prayer.

Your Miracle May Be Closer Than You Think2015-06-102015-06-10https://www.activateyourlife.org.uk/wp-content/uploads/2016/10/activate_logo_high-res-01.pngActivate Your Lifehttps://www.activateyourlife.org.uk/wp-content/uploads/2016/10/activate_logo_high-res-01.png200px200px
Recommended Posts

Happily, ever AFTER (hope in a season of dismay)Inspiration 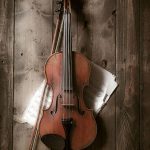