THERE are of course lots of lessons to be learned from the Christmas story but just this past week I felt like God reminded me of one, from the perspective of the Inn Keeper.

I had just found my seat on a very packed train from Newcastle. I was hemmed in to one of those double seats where you don’t really have a view of the window, just the window frame, and thanks to some broken air conditioning, I was peeling off layers before we even left the station. Within minutes I was joined by an 82 year old lady making the same journey as me.

I have to confess, I had work to do and was feeling pretty travel sick almost immediately due to the heat, so the prospect of being locked in conversation with my little friend wasn’t one I was looking forward to. She was undeterred, however, by my initial hesitation.

I had a decision to make at that moment. Shall I put down my own agenda and make room for this woman, however inconvenient it is, or shall I turn away, and in doing so, turn her away?

As it turns out, I can’t resist gorgeous little old ladies from the West of Scotland, and so we had a good, LONG, chat. I learned about her husband, her grand kids, about her daughter moving from Motherwell when the steelworks closed down. I learned about how she once broke her arm and I learned that she once worked for a company who cleaned telephones in offices. It was at this point that something incredible happened.

I mentioned that my grandparents were from Motherwell and then proceeded to tell her street by street where they had lived.

“Oh I knew a nice man from Leven Street,” she said.
“Yeah, my papa lived there. He worked at the electricity board.”
“Oh that’s funny,” she added, “so did he. As a joiner.”
“Wow. My papa was a joiner. He just lived across the road from the electricity board front gates.”
“Oh that’s strange, so did the wee man I knew. He was a lovely kind man. I forget his name but he made me a wee stool.”
Rummaging in my bag I produced my phone and scrolled through to find some pictures.
“Was it a stool like this one?” I asked, showing her a picture of the little wooden stool my papa had made for me when I was a toddler.
“Oh imagine that,” she said. “Aye, it’s the very same.”
“And was this the man…”
Looking at a picture of my papa she confirmed that the man who she knew was, in fact, my grandfather.

Now imagine if I had turned away and closed my eyes? I would never have known that on my first journey home since my grandmother passed away, the first time in my life visiting Motherwell without seeing either of my beloved grandparents, that this precious lady had encountered my amazing papa. It was like God just moved heaven and earth to bring me a wee bit of comfort on a potentially tricky trip.

And so I reflected on the story of Mary and Joseph and how they could find nobody to give them attention, until one person made room for them, and in doing so also made room for Jesus.

Can I encourage you today? Let’s be intentional about making room for people. When you do, amazing things can happen, not only do we place value on that person but we open up the possibility for Jesus to come in as well.

Have a great weekend. 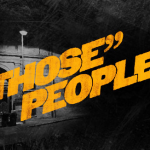 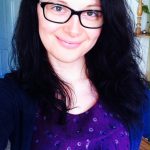