Have you seen the new blockbuster ‘Les Miserables’ yet? I quietly cried my way through much of the film this weekend. It is long, at three hours and very intense with a bleak background of poverty and despair in 19th century France. But it is also uplifting and seasoned with spiritual and Biblical themes of redemption, mercy, forgiveness and seeking to live a Godly life. It has broken box office records for a musical, pipping ‘Mamma Mia’ in the opening weekend. And cinema audiences have been breaking into applause as the film finishes.

It has been launched with much fanfare just in time for the awards season and it has already collected three Golden Globe awards with plenty of Oscar nominations following. Anne Hathaway lost two stone and cut her hair off to give a spellbinding performance as Fontaine. Listening to her singing ‘I Dreamed a Dream’ in one harrowing take is a highlight of the film. Hugh Jackman deprived himself of any water for 72 hours to take on the haggard appearance of a convict, he gives an epic portrayal of a life transformed by the mercy of a Christian and the love of God. It is rare to find a popular film with such openly Biblical themes and I do recommend watching it to you. I am trying to organise to take a group of girls to go and watch it together at the local cinema. The trick will be finding time to chat afterwards- midweek finishing times of 11pm might mean a hasty departure rather than a leisurely coffee!
There is a great article on the Evangelical Alliance website which reviews the film by someone who works with ex-offenders. 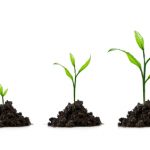 Growth can be riskyInspiration, Posts