There is some quiet research that says there are people in Britain today who would go to church’if only someone asked them’. We often think of Christmas as a good time to reach out, but Easter is, arguably, a better celebration to share with friends and neighbours. The message of hope, sacrifice and new life with Jesus that should come shining through an Easter service might be more of an eyeopener than the Christmas story that they already know.
So how do you open that conversation? Perhaps pop round with a surprise gift. For the last two years a Fairtrade company have been producing The Real Easter Egg, with a message on the packaging about the first Easter. The chocolate is delicious, you can buy it in most supermarkets and it is an excellent conversation starter.
The Real Easter Egg company has an excellent website with links that tell the Easter story in a conversational way. Be ready when someone asks you the question – What is Easter all about.
www.realeasteregg.co.uk

Christians have always believed that because Jesus lived, died and rose from the dead, the relationship between God and humans has changed for all time. God and human beings can be peacefully at one. But why?

To try to explain this, Christians have developed metaphors – ways of describing what is ultimately undescribable. None of them has been adopted as the sole view of the church. It is something too complex to understand, but they all give glimpses of what Jesus has done for humans:

When Jesus died on the cross, evil (personified as the devil) made its strongest bid to defeat God. But when Jesus rose from the dead, God showed himself victorious over evil. Nothing can now keep humans from his love.

Because God has justice at the heart of his nature, all wrongdoing must be punished. This alienates humans from God. When he died on the cross, Jesus willingly received our punishment instead of us. God’s need to see justice has been satisfied, and now nothing can separate humans from him.

God identifies with humans in their greatest need

Out of his great love, God does what seemed to be impossible. The death of Jesus shows God suffering in the most wretched way imaginable. God and humans are now totally united. They were united in the worst humans can suffer, so they will also be united in the best heaven can offer.

Jesus was a ransom

Jesus was the price paid to the devil in order to liberate human beings from the slavery they were under – slavery to sin.

Jesus was our supreme example

The love of Jesus, freely giving himself on behalf of this needy world, overcame everything negative. It inspires men and women to the kind of transformation that would be impossible without him.

Each attempt to understand how the life of Jesus has changed the relationship between God and humans leads back to a historical fact – a man being put to death in a hideous fashion. This is why the cross has become the central symbol of Christianity.

Buy an egg today and pray about who you could invite to church this Sunday.

The Sun says “God is in Control”Inspiration 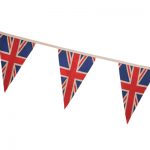