I wanted to let you know that once again you provided a wonderful weekend: the hotel, staff and food were of as high a standard as last year.
The worship band were great, and so lovely to see young people on fire: we sat with them at the Gala Dinner, so it was wonderful to get to know them a little better. The speakers were inspirational, not only Laurence and his daughter, but the Activate team members who spoke, were fantastic, speaking from their hearts with honesty, which is such an encouragement to us all. I don’t like using the word journey ( it reminds me of Strictly Come Dancing – a programme I love ! ) but we are all on our own personal journey with God, sometimes it’s not an easy road to travel, and as Laurence said, our ‘back story’ is often more important, and more encouraging to others than the destination itself – although clearly that is very important.
What was amazing for me personally was that I had the opportunity to speak to Laurence to tell him how much the HOPE leaflet that was put inside last years ‘goodie bags’ had had an impact on our little village of Duncton.
I showed my husband the leaflet when I got home, and we decided to do something with our village community to commemorate the WW1. A group of us got together and using the HOPE leaflet as our foundation we decided to have a showing of the film “War Horse” in the village hall, this was accompanied by a ploughman’s supper.  At about 10.30 we had a candlelit torch procession to our local village Church where we held a short candlelit service, with the names of the fallen of the village being read out.  All the candles were blown out, leaving one solitary one slightly below the commemoration plaque which was to coincide with the service at Westminster Abby.  It was such a moving evening, especially the service.  We also handed out copies of The New Testament that were provided by HOPE, they were similar in design to the ones that the solders were issued with when they went to war – I cannot begin to tell you the number of positive comments that we had, it was really quite amazing…
Holy Trinity Duncton is at a crisis point at the moment with approximately 6 to 8 people attending each week, that night of the commemorations there were about 65 members of our village community attending the service!
People who would never set foot inside of any Church were helping with the food, lighting lanterns, helping folk cross roads, a real village community event, with God at the centre and copies of His Word being given out to folk who may have never have read the Bible beforehand.   And all of this would not have happened, if HOPE hadn’t provided the leaflets, if you hadn’t popped them in the goodie bags, and if I hadn’t attended the weekend away in 2014 …..
God works in ways that we don’t often see, the seeds that we sow we may never see flourish, BUT we are sowing them in our ‘normal everyday lives, in our sleeping and in our waking’ and we and others around us are being changed from ‘the inside out’.
Caroline Fleetwood 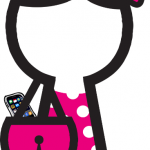