It was only 7am and tears were already streaming down my face! My husband had us all gathered round his tiny phone screen to watch the wonderful moment when Alistair Brownlee scooped up his dehydrated brother and supported him for the final stretch of the Triathlon World Series in Mexico.

When Alistair pushed Jonny over the finishing line so that he could finish in second place, I was already imagining an inspirational music video to accompany The Hollies’ 1969 hit, ‘He ain’t Heavy, He’s my Brother’ (my mum used to put it on in the car, OK!?).

What a powerful image those Brownlee brothers have left us contemplating this week! Anyone who had sat through countless viewings of Disney’s Cars will also recall Lightning McQueen’s sacrificial rescue of The King when McQueen stopped inches from the finishing line to push the injured old race car over the finishing line to complete his last race. What a hollow victory for Chick Hicks (the cheater who caused The King to crash) who ended up winning the race but failing to win over the crowd.

Isn’t that true? What is the point in winning when we leave others limping? Why celebrate a hollow victory? After all, as Lightning McQueen learned earlier in the film, the trophy is ‘just an empty cup’.

We are not created to go it alone. Those of us who race through our weeks, eager to tick off our to-do lists and clock up our eight hours in our freshly laundered bedding (in our dust and clutter-free houses) are missing something vital! And it is this: all around you, there are individuals who need someone to help them up today. It might mean you don’t empty your dishwasher until 2.53pm. It might mean you have to stay up late to catch up on paperwork. But you can flop into your unmade bed satisfied that you are not the individualistic recipient of an empty cup.

9 Two are better than one,
because they have a good return for their labour:
10 if either of them falls down,
one can help the other up.
But pity anyone who falls
and has no one to help them up.

Like many this month, I have lost my little daytime companion. My afternoons no longer consist of cuddles on the sofa watching Cars or reading Alfie Wins a Prize. My friend has just done the first of many overloaded car trips to university and is learning to negotiate a new phase in parenting. My father-in-law is back in the same position he was in 5 years ago, this time caring for his critically ill second wife only a year after they said those vows about two being better than one. It can be lonely on your own, whether you are missing a 4-year-old for a few hours, an 18-year-old for a term; or worse, a loved one who is slipping away from you.

Let’s be ready to scoop someone up today, and help them finish the race. 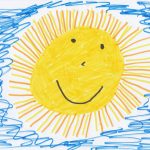 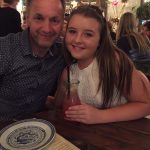 “Are you all in?” One of our Miss Activates, Eden Goulding shares her story.Community, Inspiration, Miss Activate