AS a parent, I am so looking forward to Easter.

Not only do we have two weeks off with the kids, but we are encouraged to do all sorts of crafty things (which I love), then take the carefully crafted and decorated Easter eggs and roll them down hills in parks (I also love stomping around outside). As you will know the ‘holiday’ is accompanied by all things chocolate and spiced (yep, love them both too) and within days Mini Eggs and Marks and Spencer confectionary will be reduced to such a level that it will be cheaper to buy them than bread. What’s not to love?

As a Christian woman, I also love all things Easter.

I don’t want to detract from the central message of this celebration, which is of course, the earth-shattering, life-changing story and impact of Christ’s death by crucifixion followed by His resurrection but there are several reasons for hope that we women can take from this world-transforming event.

1) The first is, of course, that when Christ beat the grave with it came the promise of new life and resurrection for us too. When we are baptised in water, even today, that going under the water moment represents the grave, and when we rise up a graphic picture is painted of being raised to life anew in Christ.  I don’t know what your past and present is like. I don’t know what things you have left for dead, and what thing you wish would remain behind you but Easter is a time to remember that God is the business of bringing things back to life, and in the business of setting us free from past issues and circumstances keeping us tied up and outside of His freedom.

2) That brings us to the second point – what we can leave at the Cross. This isn’t the space for a theological discussion on sanctification and justification and other Christianese words too lengthy to do justice to, but we can simply say this: what happened on that day, all those thousands of years ago changed everything forever. Up until that point the way to access God, or get ‘right’ with God was about work and service and proving ourselves, it was about us presenting ourselves and our sin before God in order that He could remove it and then look at us again. But Jesus changed all this. He wasn’t just another sacrifice he was the last sacrifice. His death, in such a way, meant he became the final offering presented to God. He carried all our sin and shame, He was the one to do the ‘work’ on the cross and with the words ‘it is finished’ the old system really did come to an end. Set up by God as a means to demonstrate to His humanity that He was so desperate for a restored relationship with humanity that He was willing to even suffer himself through the giving of God the Son, it was also set up by God to usher in a new covenant, a new agreement. What is is this new way? That new life and salvation comes now not by US sacrificing and striving, but by putting our trust in the one who has already done that and seen it FINISHED. So what can we leave at the Cross? Everything. But most especially religion. No more hoops to jump through, no more sacrifices to make. Anything we ‘do’ for God now is about demonstrating that we are already saved and taking part in His mission. But our salvation came as a gift of God’s grace through the completed work of the cross. You can’t earn it through more blood, sweat and tears. You can simply accept that the blood, sweat and tears of Jesus covered it all.

3) I love number three. Easter demonstrates that Jesus intended for women to be part of his mission work. That’s right… That first Easter ushered in a new ‘normal’ for women. You know, when you see the same story recalled in all four gospels you must stop and take notice. If all four male writers – even from their varying perspectives and carrying each of their own unique biases – tell us something happened involving a woman, you bet your bottom dollar that it was not only shocking for them, but worth noticing for us too. What is this earth shattering event recorded by all? That Jesus first appeared, after His resurrection, to a woman. He could have appeared to the men. They were there at the tomb that day. He could have but He did not. He appeared to Mary Magdalene and she became the first human to proclaim the good news that Jesus is Alive. And with that proclamation to the men, she became the first known New Covenant evangelist. Anna had already prophesied when Jesus was a baby that He was the messiah (significantly she was also the first person to realise that outside of those spoken to by angels ahead of Christ’s birth. But even they spoke to the females first) but this woman, she was commissioned to tell the really GOOD news… that Christ is Risen. Why is this good for us, because it means Christ has no issue whatsoever with trusting the message of the gospel to an everyday woman like you, or like me. Not only that it was his preferred choice. Not a plan B, but a definite plan A. Women make good evangelists, Jesus said so.

4) Finally, here’s another reason to take hope as an Activate woman, this Easter. When she did go and tell the men that Jesus was alive, we read in Mark 16:14 that they didn’t believe her and before long Jesus had to step in and show himself to them. He then chastises them for their lack of faith in what the women told them. Can I bring you this encouragement? If you have been telling those closest to you all about the good news of Jesus, if you, like that first woman, have been faithful with the Gospel message, take heart… sometimes it needs a personal encounter with Jesus for the penny to fall into place. And notice, Jesus doesn’t allow them to remain in doubt, He appears to them. Friends, when you have been faithful to the job given to you by God, to carry the message of Jesus, and to deliver it well, I believe we can take huge hope from this Easter story in the fact we DO serve a resurrected saviour, we DO put our hope in the one who can bring to life even the most grave of situations and we DO have a loving God so desperate to be restored to His people that He does, and He will reveal himself.

Ladies, my prayer for you all this Easter is that you would bring to life, through the Holy Spirit, your passion for sharing that Good News of Jesus. You would received renewed hope in the fact it’s not your deeds that make you right with God but the finished work of Jesus on the cross, and that for one weekend a year it is okay to eat chocolate continuously.

Have a wonderful weekend. Let’s believe for lives to impacted all over the nation as we celebrate a God who is alive!

Four reasons to be excited about Easter2015-04-012015-04-01https://www.activateyourlife.org.uk/wp-content/uploads/2020/08/ayl_primary_logo_full.pngActivate Your Lifehttps://www.activateyourlife.org.uk/wp-content/uploads/2020/08/ayl_primary_logo_full.png200px200px
Recommended Posts 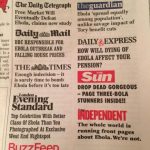 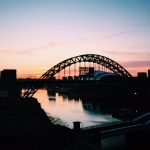 “Yesterday threw everything at me”Inspiration