Last night I watched a childhood crush of mine ‘dad-dancing’ as he belted out all the tracks from the biggest selling album of 1989 – Ten Good Reasons. Parting with 40 quid for a seat at Blackpool Opera House felt easy: of course, it would be worth it! I love Jason Donovan, don’t I?

Turns out that 10-year-old me might not have taped the whole album off my best friend. Either that or I must have listened to the four hit singles on Side A then worn out the fast-forward button when I turned the tape over to get to ‘Especially for You’.

Thankfully I hadn’t built my whole life on what turns out to be a flawed memory of how much I loved Jason Donovan’s music. We all have thousands of trivial memories that prove to be wonderful bonding experiences with old and new friends who lived through the same eras and there is no harm in that. But there is a danger of letting others or later events influence our memories. As my pastor shared last Sunday, what we remember has the potential to change our future.*

1 Samuel 18: 1-11 tells of close friends David and Jonathan and Jonathan’s father, King Saul. At the start of their relationship, David did everything Saul asked him to do and did it so well that Saul made him a commander over the men of war.  Everything was going well until the women from all the towns sang to the returning victorious Israelite army:

“Saul has killed his thousands / And David his ten thousands!” 1 Samuel 18: 7

This refrain was like a red rag to a bull.  Saul was livid. These women (who incidentally, hadn’t been at the battle or experienced anything about it) put an idea into his head that he should be jealous of young David for being better at killing than he was. His mind ran away with these ideas and he thought they would want to get rid of him and make David their king.  ‘From that time on Saul kept a jealous eye on David.’ 1 Samuel 18:9

Who are you listening to? How is what they say influencing your memories?  Jonathan remembered David and could only see the sacrifice and love of a friend but Saul remembered David and thought of an enemy.  He was so tormented by jealousy that he engineered all sorts of warped strategies to get him killed (1 Samuel 18:24).  Thankfully, Jonathan remained true to his friend and helped him escape. 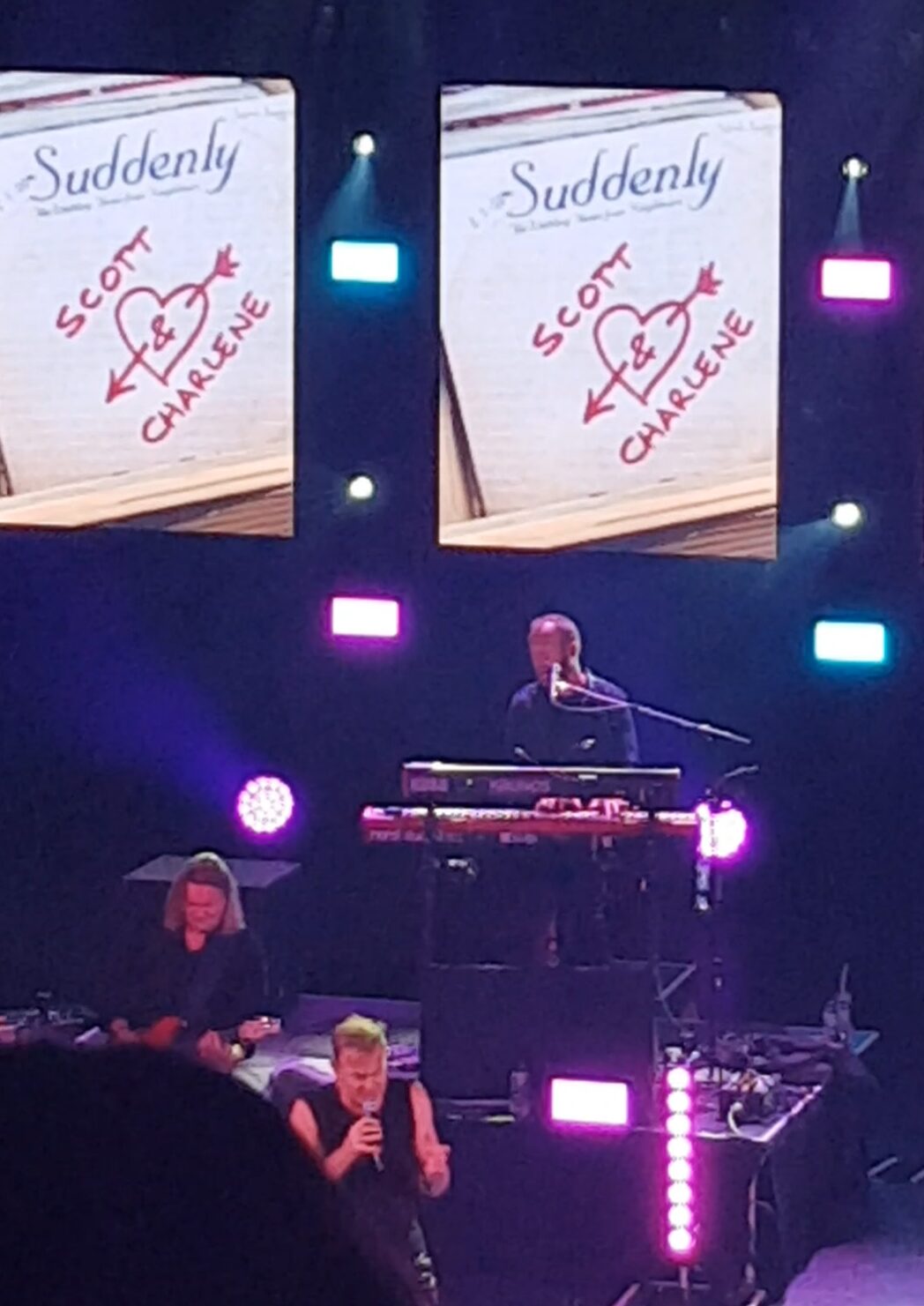 Awkwardly circling back to last night’s concert, even though it comes near the bottom of my list of favourites, I really respected Jason’s efforts and still do love him! It must be hard to peak at age 23, and he is the first to admit this. Whilst changing out of his sparkly heels, the 53-year old told us how his teenage kids and their mates has fallen about laughing when they went to watch him on his last tour.  He made a joke of this but it must have been hard to stomach! Good on him for not giving up, for not letting their reaction taint the memory of a brief but significant period as the king of pop.  I hope he always remembers that most schoolgirls wanted to be the Charlene to his Scott in 1987. (This episode of Neighbours aired on 8 Nov 1988 in the UK and was watched by 20 million viewers!)

*the thoughts on Saul and David and memory changing your future were taken from a preach by Senior Pastor Ed Carter, Valley Church Preston

Maybe you have a story to share – we’d love to hear from you if you’d like to be part of this series.

Cosy in and listen up – The pop star

Cosy in and listen up – A Conversation

Cosy in and listen up – The eyelash